The area surrounding Hardy Pond has been called home by humans for perhaps 10,000 years, as evidenced by Native American artifacts. Written accounts beginning in the 1630s document the beginnings of European settlement. Read more about the history of Hardy Pond up to the late 20th century.

Area residents have sometimes affectionately referred to Hardy Pond as The Hidden Jewel Of Waltham, but this was not always the case. In the later part of the 20th century, the pond suffered significantly from poor environmental practices which contributed to serious water quality issues. Weeds choked the water and fish die-offs became more common, making it clear that some organized and dedicated intervention was needed. The neighborhood banded together to address the issue and formed the Hardy Pond Association in 1991. 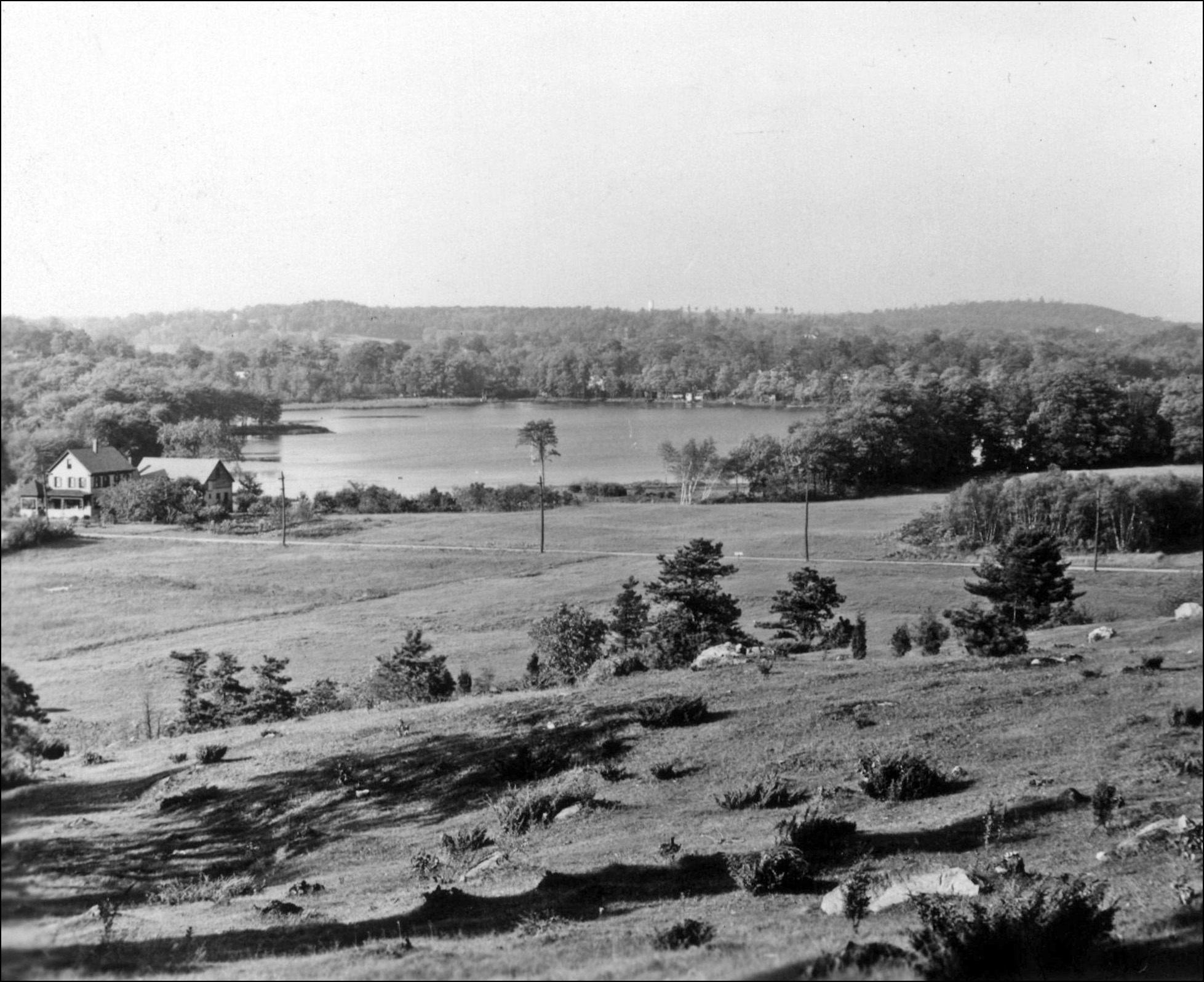 The house of Noah Hardy, on the south shore of Hardy Pond, where Lazazzero Park is now.

The science behind the problem

Hardy Pond began to be affected by human-caused eutrophication in the latter half of the 20th century. The word ‘eutrophication’ comes from a Greek word meaning excessive feeding and if it is not stopped or controlled, the water body will become a dead ecosystem.

The overabundance of nutrients and minerals coming into a water body is what feeds an excessive growth of algae and nuisance aquatic plants. As a consequence of this, the oxygen levels in the water drop, threatening or killing fish and other aquatic animals. The rate of sedimentation increases with annual plant decomposition, thereby shortening the lifespan of the pond. Not only are the effects of eutrophication detrimental to a water body, but they also pose a risk to human health in the form of harmful algal blooms.

As more houses were built around the pond and a pig farm was established next to the wetlands west of the pond, septic systems, lawn fertilizers, and animal waste all contributed to the nutrient overfeeding of the pond. What had once been a popular swimming spot was now weed-choked, with smelly dead fish frequently seen on the shore.

Neighborhood residents wanted something done about the pond’s accelerating decline and began to ask for some remedial action. But Waltham referred the matter to the State for relief, as Hardy Pond is classified as a Great Pond (because of its size), and as such is owned by the Commonwealth. Waltham asked that the State step up and address the pond’s deterioration. In the Fall of 1984, the State funded a feasibility study of how to address the problem, and by the following year, it approved $1.2M to follow the recommendations of the study, with Waltham also appropriating $400K. 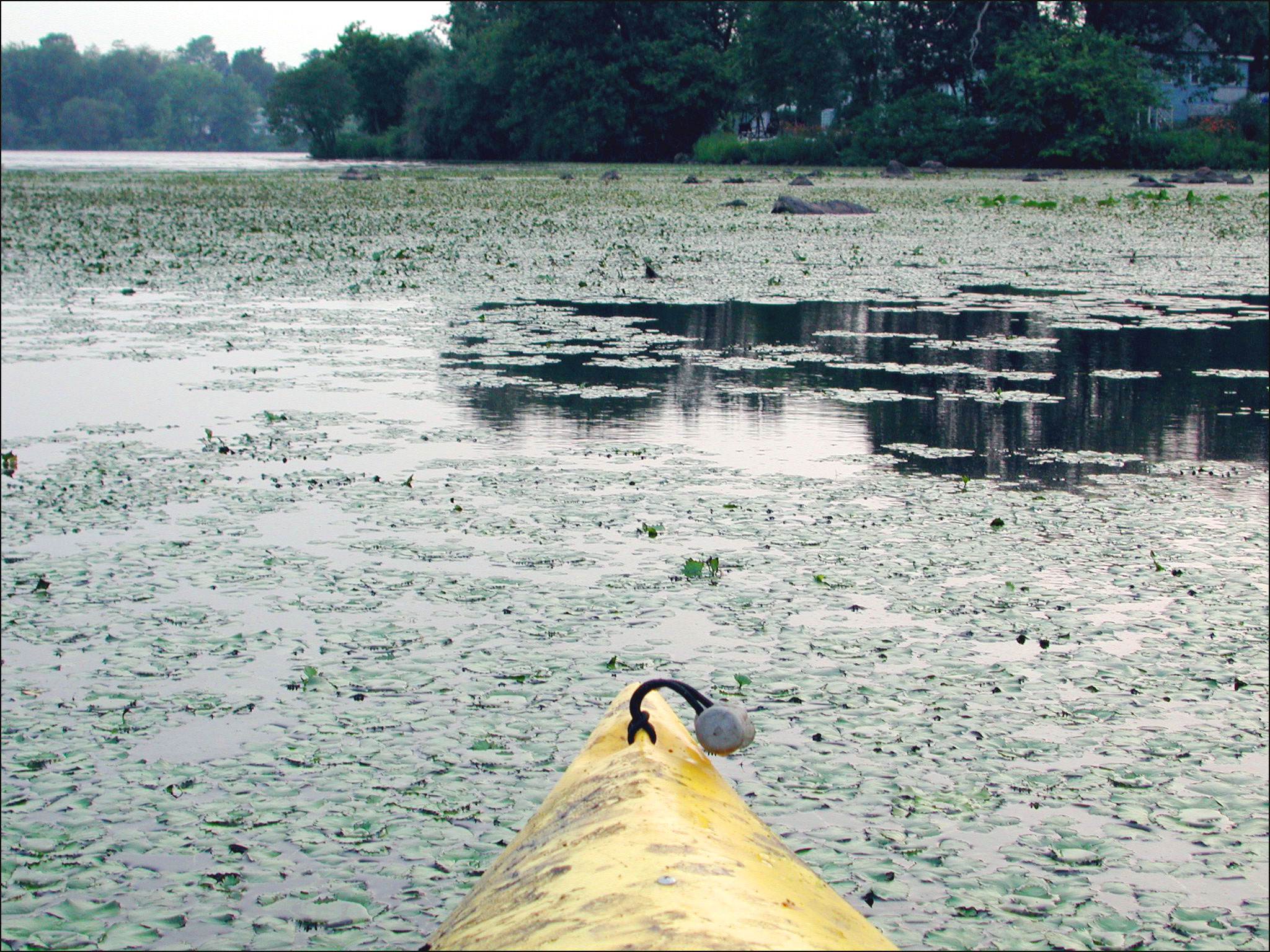 Much of the surface was covered in water chestnut. 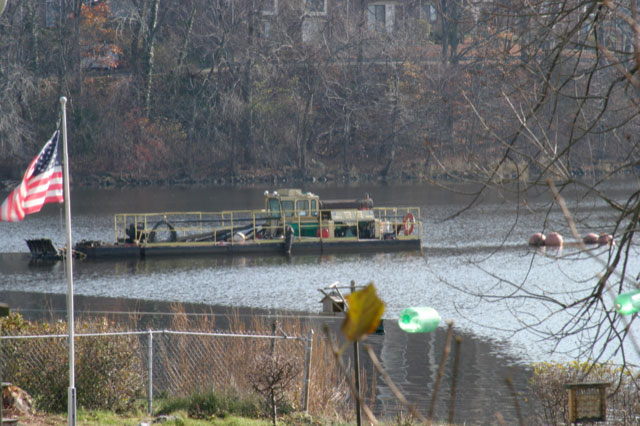 Dredging barges vacuumed over 240,000 cubic yards of muck from the bottom of the pond.

Engineers were hired, the multitudes of permits were applied for, but years of regulatory setbacks and funding shortfalls ensued. In late 1993, a revised estimate of $4.3M almost put an end to ever seeing a clean and healthy Hardy Pond. But thanks to an outpouring of public support, the State and City both recommitted additional funding.

Eventually in the Spring of 1999, dredging equipment arrived at Lazazzero Playground, and by the Fall of 2003 it was complete. Water depth increased from just a couple feet to 10 feet or more. Over 242,000 cubic yards of muck had been sucked up, mechanically dried on shore, and driven away to be processed and sold for planting soil.

After the dredging, Lazazzero Playground was a muddy mess from the dredging operation. The HPA worked in tandem with the city to design a playground that has now become a focal point of the neighborhood.

Nineteen years of persistent hard work, a sympathetic city government, and the contribution from our tax dollars resulted in a cleaner and healthier Hardy Pond, here for many decades to come -- if we continue to properly care for it.