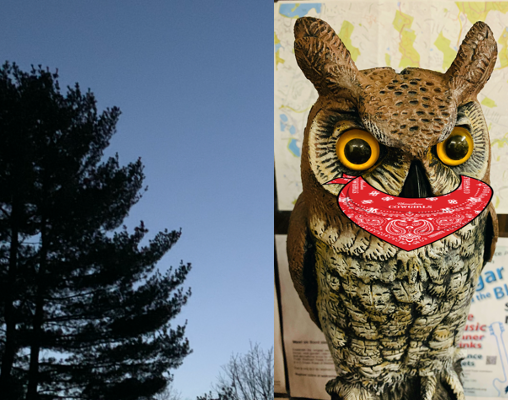 *Due to COVID-19, all in-person WLT events have been cancelled until further notice.

This is a huge blow to the organization's fundraising and long-term sustainability at a time when the importance of conservation is clearer now more than ever. Many of the open spaces people have been using for fresh air and healthy outdoor exercise during this pandemic are at risk of future development. WLT cannot protect them without your help.

While we cannot get together in person, this year’s Green Space Blues Jam will be held virtually on July 18, 2020. Stay tuned for more details!

Please donate if you can.

The Land Trust is happy to see that Waltham's trails and green space are providing people with important respite during this stressful and challenging time. While guidance from public officials changes quickly day by day, WLT will do its best to keep you updated on which properties are open and the recommendations for using them safely. 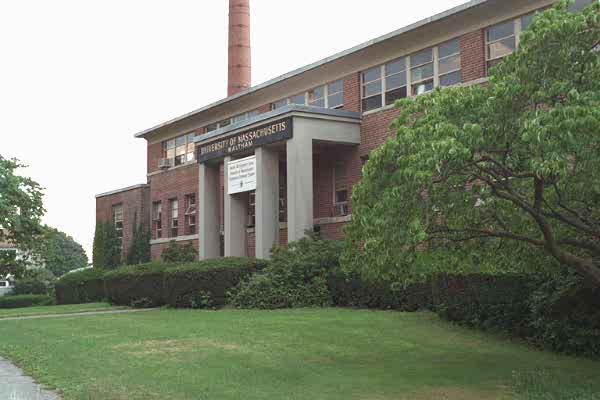 The Waltham Land Trust extends its sincere congratulations and thanks to Waltham Mayor Jeannette McCarthy, the Waltham City Council, and the Community Preservation Committee, on Waltham reaching an agreement with the University of Massachusetts (UMass) for the City to purchase the 28-acre Waltham Field Station property located at 240 Beaver Street.

The Land Trust would especially like to recognize the efforts of Mayor McCarthy, City Councillors John McLaughlin and George Darcy, State Representatives John Lawn and Tom Stanley, and State Senator Michael Barrett for their leadership, forward thinking, and dedication throughout this complicated process.

“It is a huge victory for the people of Waltham and for open space to see the City acquire this at-risk property and commit to preserving it with a permanent conservation restriction for farming and open space use. We are so grateful to the Mayor and other City leadership for their hard work to get this done.” said Sonja Wadman, Executive Director of the Waltham Land Trust.

It is hard to imagine Waltham without the Field Station as a working community farm – it has been operated as one for nearly two centuries. A gift from the late Cornelia Warren to the then Massachusetts Agricultural College, the Field Station is known for both its high-quality soils and history as a site of agricultural innovation. However, in the last several years, the fate of the Field Station was far from certain.

While initially the state proposed to reinvent the site as a Center for Urban Sustainability, when funding was eliminated from a recent Environmental Bond allocation it became clear the property was at serious risk. The Waltham Land Trust, Waltham Fields Community Farm, and the public at large rallied to raise their concerns that development of this land would mean the loss of critical community resources and history and would radically change Waltham. Fortunately, the City responded with united efforts to ensure this did not occur.

As we approach the centennial of Cornelia Warren's death in June 2021, we are mindful of her remarkable life and her work for the benefit of the public as embodied by the land she so loved.  A woman of wealth and privilege, she was recognized for her devotion to educational and charitable causes, especially with respect to youth. It is fitting that her legacy will be secured by this action from Waltham’s leaders today. The Land Trust is grateful for their partnership in its conservation efforts and applauds the City’s steadfast commitment to ensuring this land is preserved for generations to come.

On March 19, 2020 WLT Executive Director Sonja Wadman, and her assistant Hooty, delivered 18 cases of granola bars to the Waltham High School and the Waltham Housing Authority to make sure kids had enough nutritious snacks once schools were closed. 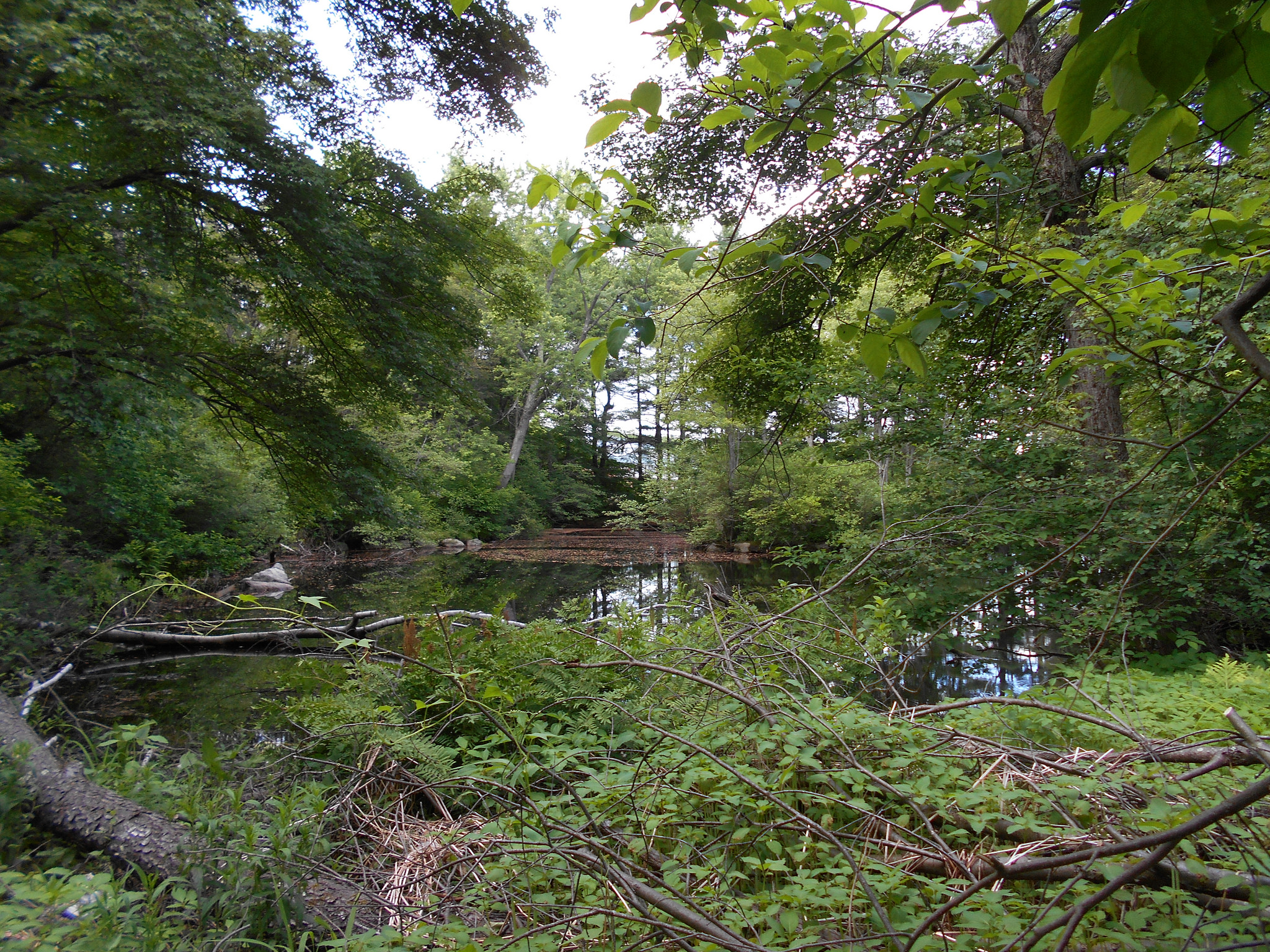 Protecting and preserving takes time, energy and your support.

Please consider a donation to help protect and preserve open space in Waltham. 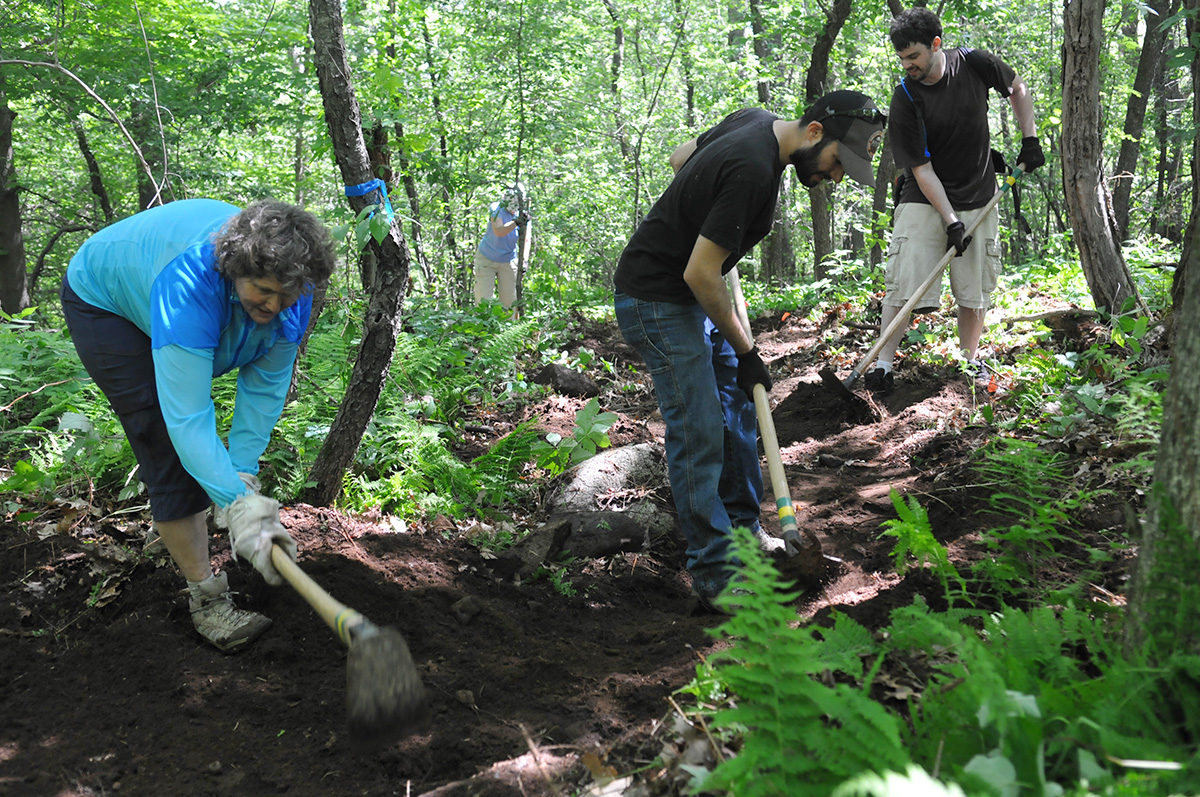 A Commitment to Open Space

The Waltham Land Trust: Protecting, preserving and connecting since 1999

Get out on the trails

You can hear the trails calling your name... go for a walk!

A month ago, the City Council approved a purchase of the land and buildings at 240 Beaver St., preserving Waltham history and creating a path for the land to continue to be farmed for future generations. The decision was voted on during a global pandemic which has made it feel even more surreal, said Waltham…

In the backdrop of a worldwide pandemic, after years of patience and uncertainty, one vote by Waltham City’s Council this week has made one thing certain: Waltham will continue to have a farm for generations to come. After years of negotiations, the Waltham City Council voted unanimously—except for a recused vote—to approve the purchase of…

The city council approved Mayor Jeannette McCarthy’s agreement to buy the southern portion of the UMass Field Station on Beaver Street, Monday for $17.4 million. Last year the council voted to use $14 million in Community Preservation Act (CPA) funding to buy the property, and then this week approved an additional $3.4 million to buy…

On March 19, 2020 WLT Executive Director Sonja Wadman, and her assistant Hooty, delivered 18 cases of granola bars to the Waltham High School and the Waltham Housing Authority to make sure kids had enough nutritious snacks once schools were closed.

In an effort to show the beautiful and challenging topography of the Jericho Hill parcel, sandwiched between the 554 Lexington property where the new Waltham High School will be built and the Sanderson Heights parcel, the WLT organized a last minute hike for City Councillors and members of the general public. 65 people came! Nature…

The Waltham Land Trust took advantage of the “bonus” day presented by Leap Day 2020 and offered a walk along the Western Greenway trail. Close to 50 attendees meet in the Our Lady’s Church parking lot, crossed to the area north of Trapelo Road and ventured through the Middlesex Hospital Lands, across Woburn Street, and…

During February school vacation week, the WLT was thrilled to welcome back to Waltham Marcia and Mark Wilson, and seven of their amazing birds of prey (six owls and one American kestrel). About 50 children and 50 adults attended, filling the Whitcomb Hall of the First Parish Church in Waltham. We were introduced to an…

On January 18, thirty folks braved chilly temps to participate in our annual walk along the Charles River from the Shaw’s on River Street to Moody Street and back. We were in search of visiting and resident waterfowl, perching avian and birds of prey. We saw mallards, Canada geese, crows, a Cooper’s hawk, male and…

On January 1st, the WLT hosted its 14th annual hike at Prospect Hill Park. About 100 people met near the Starbucks in the Market Basket complex and hiked through trails in Berry Park. Another 100 left from the South Gate to the park near 186 Prospect Hill Road. Everyone converged at the base of Little…

UPDATED: October 17, 2019 The Waltham Land Trust sent the following questions to all Mayoral and City Council candidates who provided an email address to the Waltham City Clerk’s office. How would you assess how the city has managed and maintained open space? What plans do you have in mind to improve this work? Should…

We aren't the only ones that benefit from preserving open space in Waltham. Here are some pictures of Waltham wildlife that you could find living on or passing through the open spaces in Waltham. Some of the pictures were taken at night with a camera that was triggered by a sensor.

A short video of Beaver Brook North pond showing the changes over a year!

Not Your Average Joe's Fundrasier - All Summer!

Waltham’s Not Your Average Joe’s will be open for no contact curbside pick-up starting June 1st. Mention the Waltham Land Trust when ordering over the phone or online and we get 15% of your total purchase any day in June, July and August. Excludes alcohol, tax and gratuity.

Any gift cards purchased online with the coupon code WLT will earn the Waltham Land Trust 5% of that sale. Get yours today!

Founded in 1999, the Waltham Land Trust’s mission is to create a legacy of land conservation in Waltham by promoting, protecting, restoring, and acquiring open space.

The Land Trust envisions growth in public appreciation of natural resources, preservation and restoration of native habitat, and increased biodiversity to foster a healthier environment.