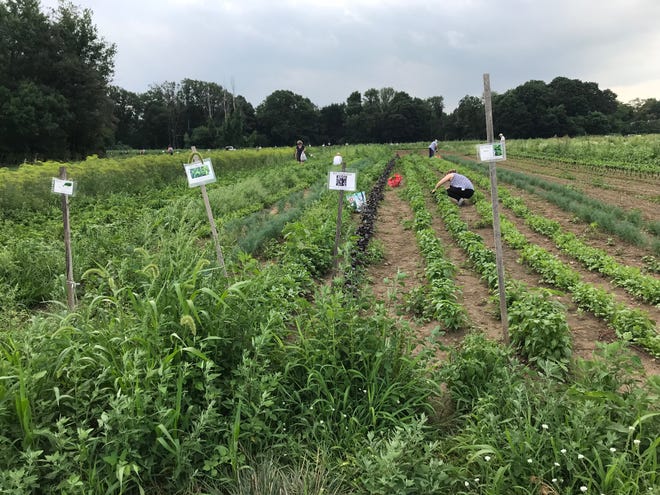 Waltham Fields Community Farm is based at 240 Beaver St.

This week, the Massachusetts Senate and House effectively green-lighted the sale by approving the legislation needed for Waltham to purchase the property.

“This bill was a team effort,” said Representative John Lawn, who represents Waltham. “UMass, the current tenants, Mayor McCarthy, the Waltham City Council, and Waltham's state legislators worked together to preserve the use of the land for agricultural, open space, and recreational purposes.”

UMass is a state agency which means that Waltham’s legislative delegation needed to pass a special law authorizing the sale, according to Senator Michael Barrett’s office.

With this approval, the bill—No. H4927—has moved to the governor’s desk for his signature. He is expected to sign the law within a 10-day period.

“Tenants seek awareness of a timeline for that process [between UMass and the City] so that we can prepare for any eventual requirements for our continued tenancies,” said Stacey Daley, Waltham Fields Community Farm’s Executive Director in an email.

There has been uncertainty regarding leases for the tenants of the site for a few years. The tenants have sought a long-term lease from UMass to no avail.

The approval this week is an important step, Daley said.

“Non-profit organizations operating from the UMass Field Station in Waltham are now one step closer to transitioning their tenancies to the City of Waltham,” she said. “Tenants are gratified to learn of this advancement in the legislative process and thankful to have received the support of our State legislators over the past two and a half years since receiving notice of non-renewal of leases from UMass.”

The land at 240 Beaver St. has been farmed for over two decades. The preservation of that farmland is crucial, said Barrett.

“This is a win-win for the city and the tenants,” he in a statement. “Huge tip of the hat to the Big Three in this dramatic story—Mayor McCarthy, the Waltham Land Trust, and Waltham Fields Community Farm. Thanks to them, the one remaining working farm in the city has a long-term lease on life.

“The outstanding non-profits on the site can continue to focus on what they do best: providing healthy, sustainable food choices for Waltham and eastern Massachusetts,” he added.

In 2018, the lease was up on the property, putting tenants at risk until the City of Waltham stepped in to purchase the site from UMass Amherst.

“Tenants remain hopeful for a supportive and collaborative future with the City, and are ready to engage in constructive communication,” Daley said. “Persisting site concerns and future tenancy uncertainties call for the creation of an open pathway for conversation with the City. Stabilizing tenancies is paramount for the organizations currently operating from 240 Beaver St.”

The chance to have stable leases and to plan for the long-term at the site will benefit residents who take advantage of the many services, experiences, and products the tenants offer the community, according to Sonja Wadman, executive director of The Waltham Land Trust.

“The Waltham Land Trust is thrilled with the passage of legislation providing for permanent preservation of farmland and open space in the city,” she said in a statement. “The demanding experiences of 2020 highlight the incredible value that properties like these provide to Waltham and surrounding communities.”

This April, the City Council approved a $17.4 million purchase and sale agreement proposed by the mayor, which included protections to ensure that the land can be used for open space, recreation, or agriculture.

Cornelia Warren—a prominent Waltham philanthropist—preserved a portion of her estate for the Massachusetts Agricultural College, which later became UMass Amherst, in order to support farming by providing services to residents.

“Thanks to good collaboration, Waltham, its residents, and the dozen nonprofits, educational programs, and community groups that use the space may continue to reap the benefits of the farsighted gift Cornelia Warren made 100 years ago,” Representative Lawn said in a statement.

Warren died nearly a century ago but her vision—to preserve farmland and open space in Waltham—is now one step closer to coming true for the long-term.

“It’s heartening to know that Cornelia Warren's legacy of philanthropy and conservation will continue with the protection of this historic property for all to enjoy,” Wadman said in a statement.

The tenants of the property are hopeful, most especially about the prospect of laying down roots for longer than they have been able to up to this point.

“Field Station tenants seek assurances for their sustained tenancies from the City and in support of their missions and contributions to the City of Waltham, neighboring communities and the environment,” she said. “It is time to eliminate the insecurity long-felt by tenant organizations and support a pathway for direct communication between the City, State and tenant representatives, and initiate a stabilization period for tenants during and after the transition of ownership.”