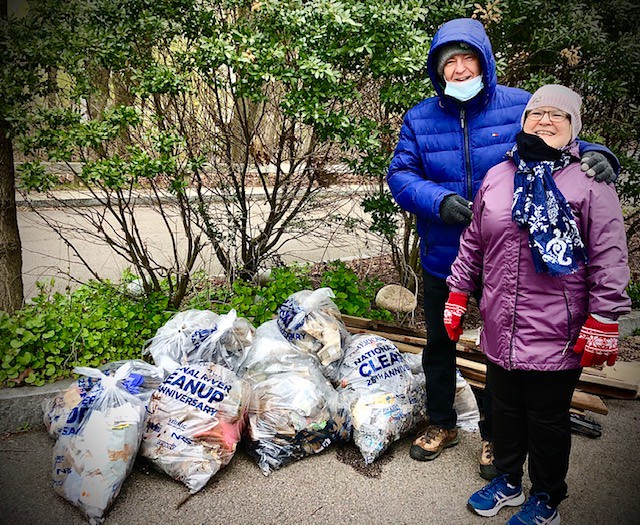 The Waltham Land Trust involved 150 volunteers who beautified open space and collected around 170 bags of trash on two days during eight events. Six of these activities where along the Charles River where we covered roughly six miles. The other two cleanups were along two one-half-mile sections of the Mass Central Rail Trail, the watershed of which drains into the river. So that’s a total of seven miles beautified!